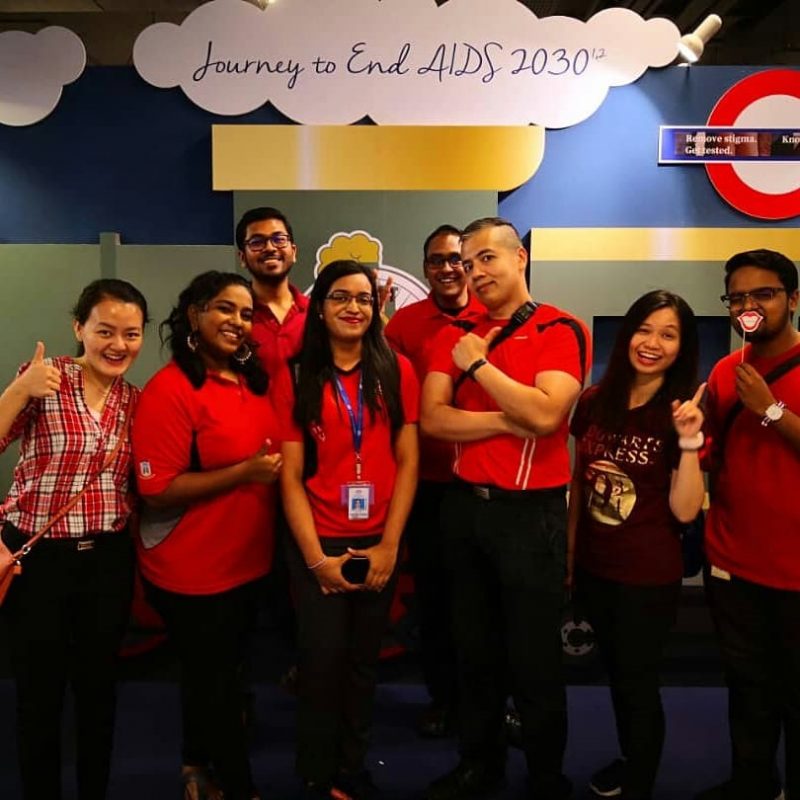 In conjunction with World Aids Day, the Infectious Disease Team from Hospital Sungai Buloh presented us with an opportunity to show solidarity with the millions of people living with HIV worldwide by having a campaign in Sunway Velocity Mall, Cheras. Seven students from Perdana University volunteered for the event and that was made possible by Dr Sujana Muttu who is a medical doctor in Hospital Sungai Buloh and also part of our medical faculty. There were free health screenings, wheel of fortune, Henna & Face painting, a photobooth and also a human ribbon. The main purpose of this project was to create awareness regarding HIV disease, means of transmission of the disease and also risk factors of contracting HIV.

We reached out to the public by giving out pamphlets and bookmarks to instill knowledge about HIV. A mascot was parading around us attracting children while we interacted with their parents. Tiny red ribbons were given as mementos to be pinned as it is an internationally recognized symbol for AIDS consciousness and as a sign of remembrance for those who have lost their fight.

In retrospect, the campaign taught me many things. It was the first time that I had participated in an event of such magnitude and I gained a lot of experience and knowledge. I realized that public health is vital and it is a never-ending struggle to combat diseases that have plagued our society. The realization that we need to put a stop to this mentality should be cultivated immediately. We should get off our high horses and lend a sympathetic ear as a preliminary strategy to reduce the plight of victims. We may lunge forward in terms of economic and technological growth but stigma and bigotry remain the most potent barrier to testing, treatment and prevention of HIV and that perception alone could set the clock back to an archaic time.