When muscles are weak 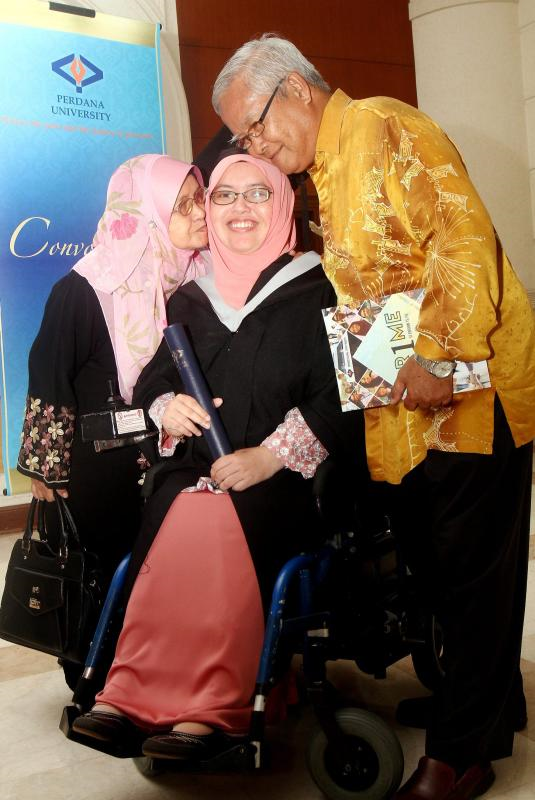 The article below appeared in the September 1  issue of Health with Perdana, a regular column in The Star by Perdana University faculty members. This week’s article is contributed by Ms. Siti Safura Jaapar, Perdana University PhD in Bioinformatics student & Founding President of Spinal Muscular Atrophy Malaysia (SMAM).

“Darling, do you notice that our baby is inactive?”

“Daddy, why can’t I raise my hand higher or carry heavy things?”

These alarming questions may have been asked by our family members or someone we know in our life. Perhaps these aren’t always due to SMA but for those suffering from SMA these are common experiences.

SMA is a disorder that gradually takes away an individual’s physical functions by disturbing the special cell called motor nerve cells in the spinal cord. It takes away the ability to crawl, sit, walk, control head movements, eat, and breathe. Some of the patients may experience an abnormal curvature of their spine called scoliosis, caused by abdominal muscles weakness. It is also the main hereditary reason for newborn babies’ death, most often due to respiratory problems.

SMA happens by an alteration in the individual’s genetics, specifically on a gene that called the Survival Motor Neuron gene 1 (SMN1). In a healthy person, this gene produces a protein essential for the function of nerves which control our muscles. In SMA patients, this protein is lacking due to the absence of the SMN1 gene which produces it. Affected nerve cells cannot correctly function and in the end, they stop functioning leading to devastating and often deadly muscle weakness.

Survival of affected individuals is dependent on the presence of another gene, SMN2. It is  almost identical to SMN1 gene but is slightly different. It’s usually called as the back-up gene for SMN1. It produces unstable protein and the protein is unable to properly fold into a shape that enable the it to function. Only 10% of the protein produced is functioning. SMN2 gene has a copy number variation and usually indicate the types of SMA, the features and abilities of the SMA patients. 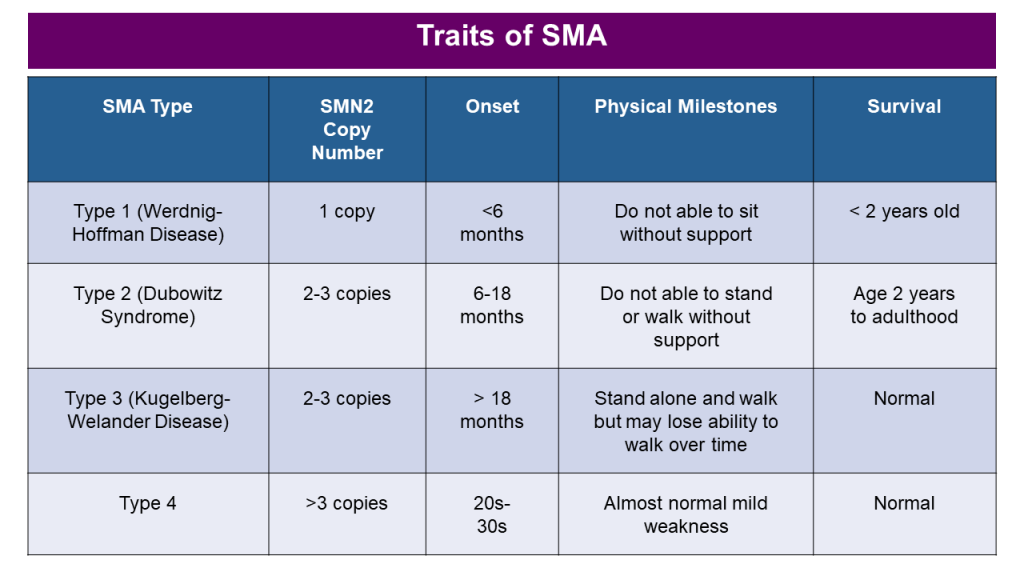 It is important to be aware that SMA does not influence an individual’s capacity to think, learn, and build relationships with others.

How likely is it to happen?

SMA can affect any race or gender.  In America, SMA affects approximately 1 in 10,000 babies, and about 1 in every 50 Americans is a genetic carrier. However, the prevalence of SMA in Malaysia is unknown. Given the high frequency estimated from other countries, one can expect to observe a significant number of SMA individuals and carriers in Malaysia too. If the estimated prevalence above  applies there may be 3,200 SMA-affected individuals and 640,000 SMA carriers in our Malaysian population of 32 million.

SMA is described as an autosomal recessive disorder.  Males and females are equally likely to develop it. To have a 25% chance of conceiving an SMA-affected baby both father and mother would have to be carriers.

Genetic counselling and testing for couples are essential for family planning. Plus early, accurate screening for newborn babies is essential in prevention and intervention. This may decrease or/and maintain the prevalence of SMA. 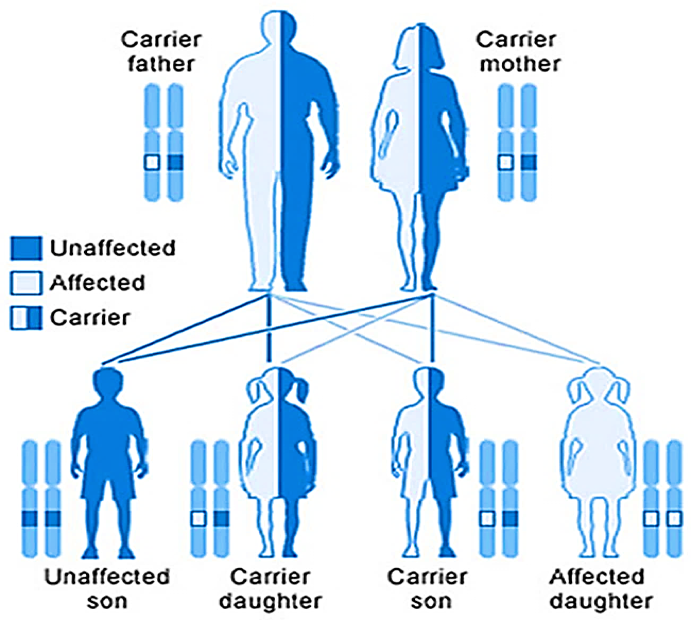 Is there any treatment available?

In December 2016, it was a very long-awaited moment when American Food and Drug Administration (FDA), a federal agency of the United States Department of Health and Human Services, announced the approval and licensing of  Nusinersen (Spinraza), the first drug for SMA. This drug is an Anti-Sense Oligonucleotide (ASO), which it helps to enable the back-up gene (SMN2) to produce a more stable protein that is essential for body muscles’ function in SMA patients. But Nusinersen does not provide permanent benefit and is required lifelong. The rocketing price of the drug is the real challenge that SMA patients have to face as it is now unaffordable to all except the very affluent. It costs approximately 125,00 US dollars (USD) per dose. SMA patients taking Nusinersen are recommended to take four doses per year. That’s an annual cost  of 750,000 USD (in Malaysia that’s roughly just under 4 million ringgit).

Advances in medical technology create many wonderful discoveries. In May 2019, another treatment for SMA was approved by the FDA. Zolgensma is the first gene therapy treatment to treat SMA patients less than 2 years old through a single intravenous injection. This therapy permanently corrects the mutation of the patients’ genes which originally caused  the SMA but it also raises a liver enzyme (serum aminotransferase) to a potentially harmful level. Fortunately this raised liver enzyme can be controlled using prednisolone, a commonly used steroid tablet. Increasingly newly-discovered drugs amass huge costs in their development. This is reflected in the price of  Zolgensma: 2.125 million US$ for the one-off treatment, equivalent to more than 8 million ringgit here in Malaysia.

Given the huge costs of these drugs perhaps supportive treatments using a multidisciplinary palliative care would be considered a more realistic target in order to maintain SMA patients’ quality of life. Early diagnosis and investigations such as respiratory muscle function studies, cough effectiveness, swallow test, physical and occupational therapy assessments, assistive equipment evaluation, hip, and spine x-rays are essential in the initial overall assessment of SMA patients. These may determine the most suitable treatments and aids to be individualised to each patient with SMA such as physiotherapy, assisted cough, wheelchair use , bracing, spinal surgery, nutritional and food supplements can be specialized to every patient. Maximising the potential and minimising the disabilities enables and promotes SMA patients’  independence at each phase of the illness,  optimises quality of life and may slow disease progression.