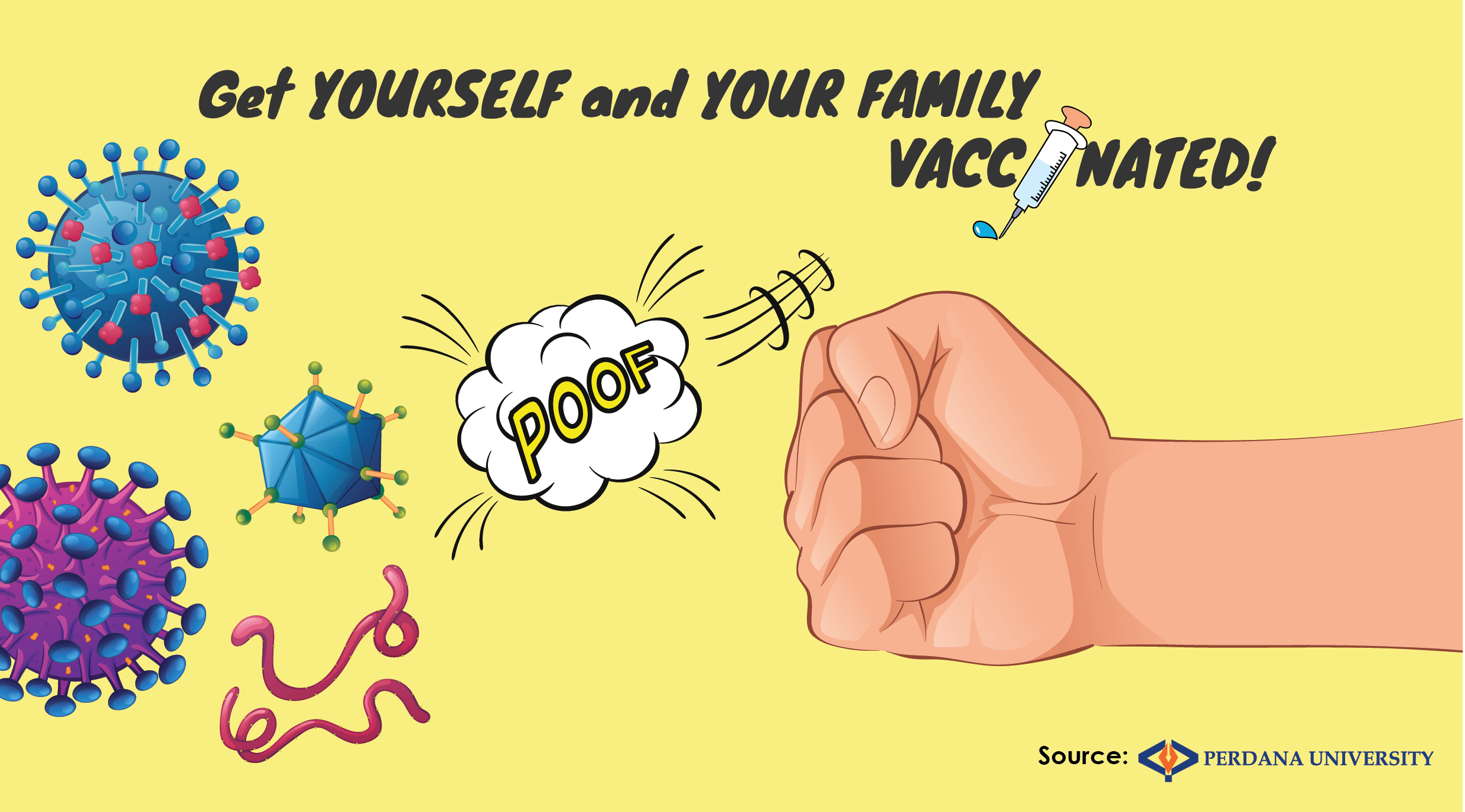 The article below appeared in the Jan 20 issue of Health with Perdana, a regular column in The Star by Perdana University expert faculty members. This week’s article is contributed by Prof. Amal Rashad Nimir, Lecturer of Microbiology at the Perdana University – Royal College of Surgeons in Ireland School of Medicine.

Let’s imagine living in the 14th century for a minute. You wake up in a flea-ridden bed after a restless night of sleep, interrupted by the rooster (the alarm clock before there were clocks).

You put on the cleanest clothes you have, the ones you washed a month ago, and head out to work. On the way out, you see your little daughter slumped on the table. She has been running a high fever for some time and frequently mentions feeling cold.

You’ve brushed off her complaints before because everyone is sick, but today, something is different. Today you notice her toes and fingers are starting to turn black. The shadow of the Black Death is already in your house!

The bubonic plague, also referred to as the Black Death, is a disease few in the modern age have experienced, yet it is infamous for the number of people it killed in the 14th century. While the exact number is impossible to identify, researchers have said that 50 million deaths would be a safe estimate.

The Black Death was responsible for wiping out at least a quarter of the population in Europe, with equally damaging effects in Africa and Asia. Can you imagine such a disease?

It is not the only such killer – diphtheria, measles, meningitis and other vaccine-preventable diseases are equally dangerous.

If those words are unfamiliar to you, this means that your vaccines have already worked.

Some people might wonder whether natural immunity – acquired by getting the infection, which our immune system develops defences against – is more potent and less harmful than the ones given as vaccines.

The answer is that most of the time, natural immunity is more potent than vaccination, but you might pay a larger price. For example, mumps can cause deafness, and infection with influenza bacteria might cause permanent brain damage, or might even be fatal.

Unfortunately, misinformation and fear can cause suffering when it could have been avoided.

Does not cause autism

Let’s address some of that misinformation.

Firstly, the premise of the anti-vaccination argument contends that vaccines are dangerous because they are unnatural or contain harmful ingredients.

A notable example is thimerosal (a preservative) that has been erroneously blamed for causing autism in children. A research paper published in 1998 claimed to show a correlation between measles and autism, putting parents in a dilemma about whether they should administer vaccines to their children.

However, that paper has since been widely disproven. It was subsequently retracted by the publishers due to the false claims and unethical actions of the author.

Sadly, sensationalised headlines had already done the damage and created vaccine skeptics who continue to spread fear until today.

Secondly, some Muslim parents worry that taking vaccines is haram or discouraged in Islam.

As the most common reason mentioned for avoiding vaccines is religion, particularly in some states like Perak, we want to further emphasise that vaccines are halal. The National Fatwa Council has decided that taking vaccines is harus (permissible) in Islam as a method to prevent illness and suffering to individuals and communities.

Children who aren’t vaccinated can spread diseases to other children who are too young to be vaccinated or to people with weakened immune systems, such as transplant recipients and cancer patients. This could result in long-term complications, and even death, for these vulnerable people.

It is haram to be the cause of another’s death or sufferings by being (intentionally or unintentionally) the source of disease.

The detrimental impact of the anti-vaccination movement has already been demonstrated: in January 2015, an 11-year-old child in the United States was hospitalised for a suspected measles infection. His only notable trip outside in the previous week was a visit to Disneyland. Within a month there were 125 measles cases reported. Thirty-nine (35%) of them had attended the same Disneyland theme park, 37 (34%) were unknown recipients, and 34 (31%) were secondary patients.

Among these secondary patients, 26 were members of the household or had close contact with the primary patients, and eight of them were exposed through community settings.

As medical professionals, our concern is what will happen in the long term, if the anti-vaccination movement is left uncontrolled? If these numbers continue to increase, then it might have a significant effect on the health of the entire nation.

There were 28 diphtheria cases, including five deaths reported in Malaysia in 2016, and 32 cases with seven fatalities in 2018. Most recently, in October 2018, an unvaccinated child died in Johor from diphtheria. She was only 14 months old.

It is a terrible tragedy for their families and a powerful reminder to the rest of us.

On a worrying note, there is an increase in the number of parents who refuse to vaccinate their children, according to data from government clinics and hospitals. The good news is that despite the misinformation, Malaysians are doing a great job at keeping their children vaccinated, especially with programs such as the National Immunisation Programme (NIP).

This scheme has helped maintain a 95% vaccination rate among Malaysians.

For the 2016-2020 NIP campaign, the goals are to address the issue of vaccine refusal in the community, and to strengthen the programme by appealing directly to new or expecting parents, young professionals and students in higher education institutes. While 95% is fantastic and in accordance with World Health Organization standards, Malaysians can do better. We have access to free vaccination that can really save lives. People in other countries can only wish for such a blessing.

We have witnessed many outbreaks of preventable diseases; the latest of which is the diphtheria outbreak in Yemen in 2017, which resulted in 1,907 cases that includes 98 associated deaths. Children between the ages of five to 15 years were the most affected, representing 44% of all cases.

Let us be thankful we live in a safe and healthy country, and let us strive to keep it that way.

If you love your family, please encourage them to take their vaccines. Prevention is better than cure – that’s what we have always been told.

Prof Dr Amal Rashad Nimir is a lecturer of microbiology at the Perdana University Graduate School of Medicine. This article is courtesy of Perdana University. For more information, email starhealth@thestar.com.my. The information provided is for educational and communication purposes only and it should not be construed as personal medical advice. Information published in this article is not intended to replace, supplant or augment a consultation with a health professional regarding the reader’s own medical care. The Star disclaims all responsibility for any losses, damage to property or personal injury suffered directly or indirectly from reliance on such information.