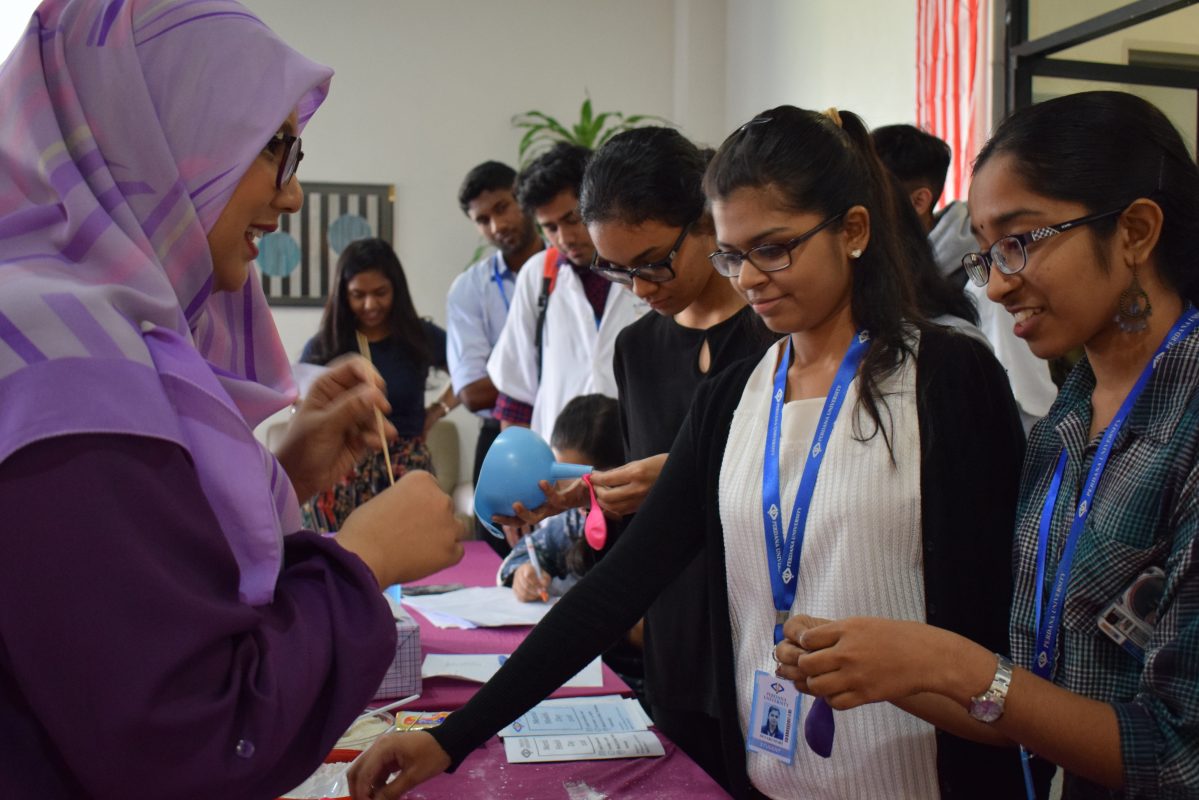 Here’s another one: More than 1 in 4 Malaysians struggle from depression and anxiety disorder*.

You probably know that both are true statements. There is a recent increase in awareness, thanks to the efforts of our ministers to bring the issue to the forefront. Despite this, the stigma still persists. Youths are particularly at risk, according to Malaysian Psychiatric Association patron, Tan Sri Lee Lam Thye.

“What we were trying to do was to shed a positive light into the matter of mental health.”

A colourful balloon arch welcomed visitors to the booth, set up at the lobby of Block D. Various stations offered one-to-one professional image counselling, DIY stress balls, mental health quiz, kolam drawing, and much more. The activities are meant to be an educational and engaging way to connect with the citizens of PU, and to encourage them to take charge of their mental well being.

The event was well received with participation from students from all schools, academic, and non-academic staff. The Mental Health Kolam proved popular, as participants were eager to add their own flair to the design. 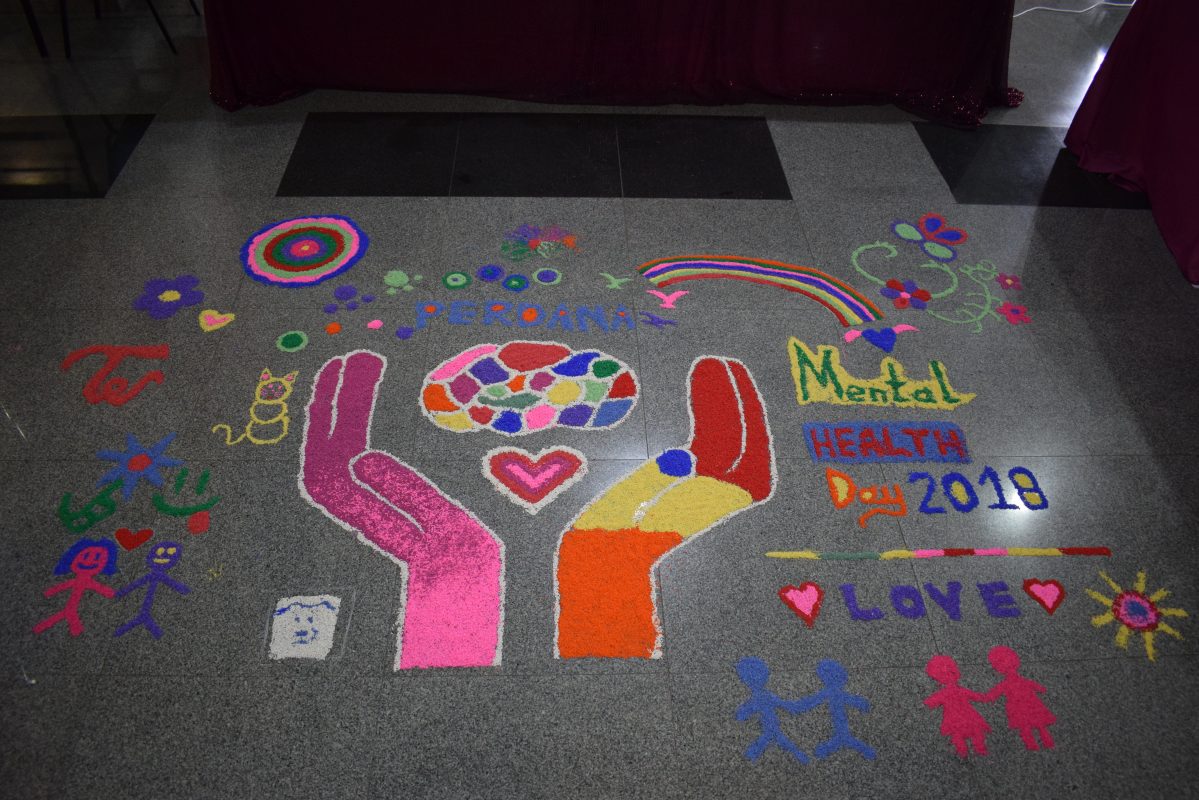 According to Nur Arfah Zaini, a clinical psychologist at PU-RCSI, “It was really nice to see both students and staff enjoying themselves at the event. What we were trying to do was to shed a positive light into the matter of mental health.”

“The topic can be very sensitive that people usually tread with extreme caution for the fear of offending others. We aimed to make the booth approachable and entice audience with fun-filled activities while also learning about mental health,” she concluded.

Ms Azzah Sabrina from the Counselling Unit said she looked forward to organizing a bigger one next year due to the success of this year’s event. 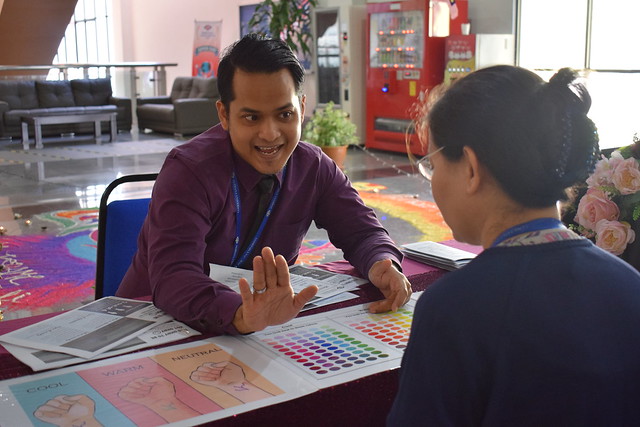 The Counselling Unit provides individual and group counselling for students and staff at no charge. Other services such as private consultations, problem solving & decision making skills, personality assessments, mental health problem diagnosis, academic or career related difficulties and personal financial planning are also provided. They can be contacted at azzah@perdanauniversity.edu.my (Ms. Azzah) or fudhail@perdanauniversity.edu.my (Mr. Arif), or at their office in Block D.