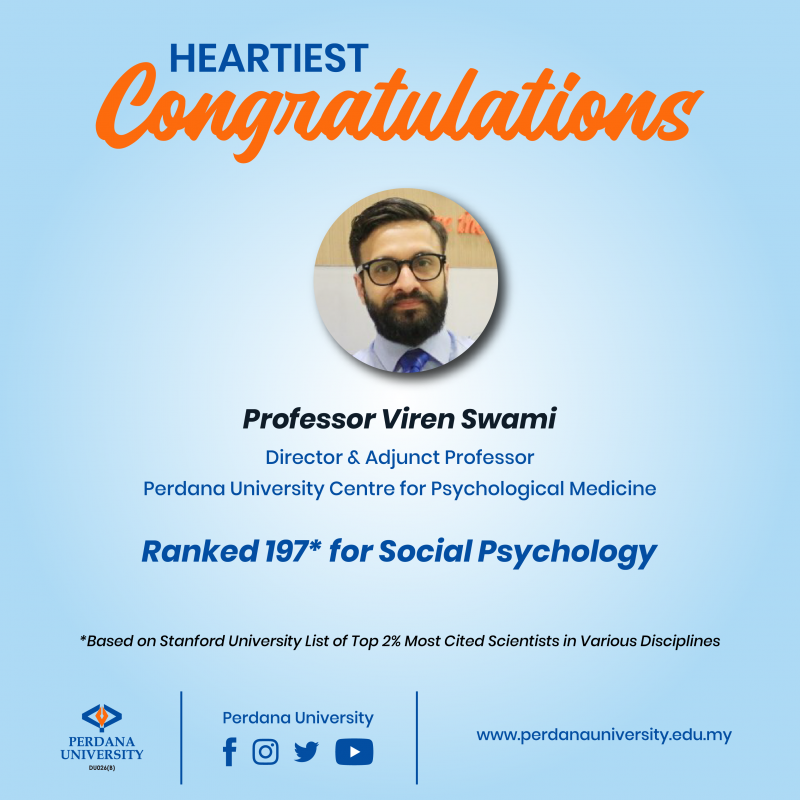 in News and Events, PU-CPM 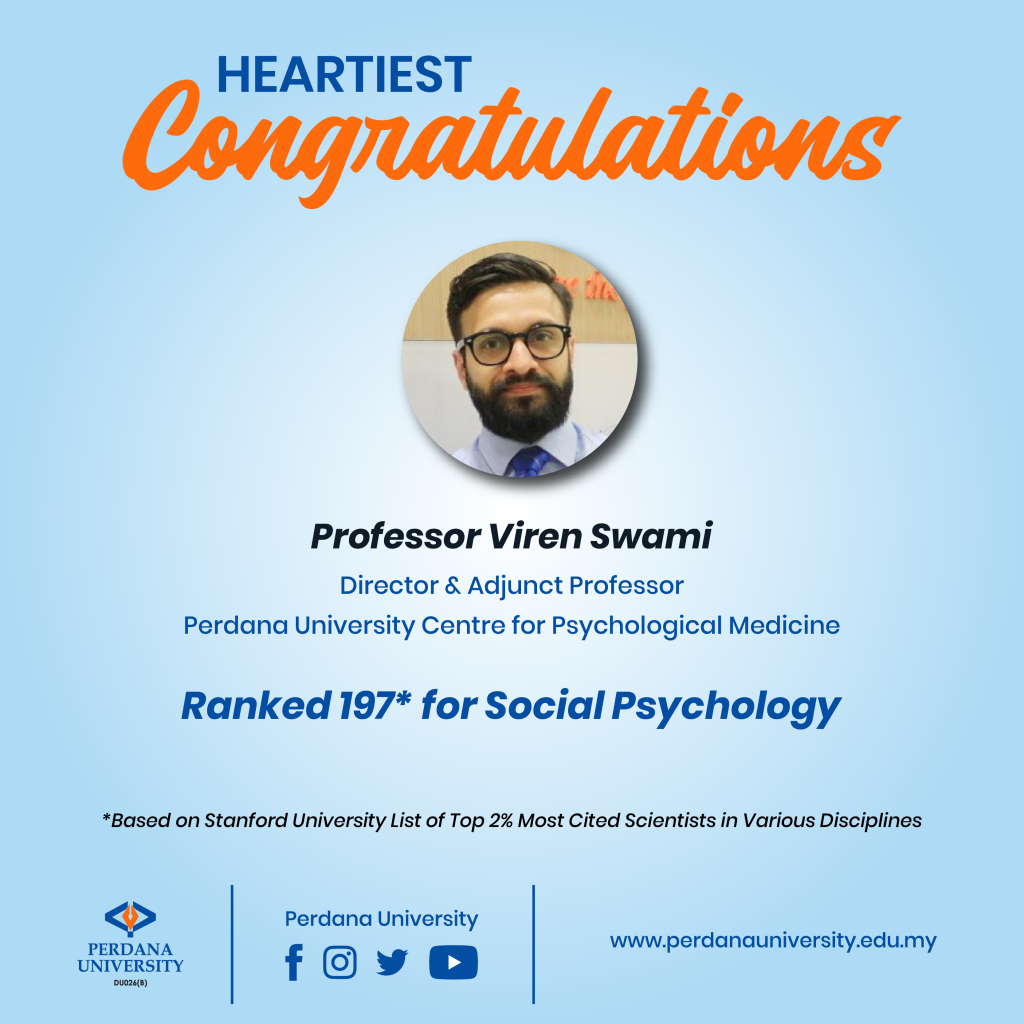 Viren Swami, Professor of Social Psychology at Anglia Ruskin University and Adjunct Professor at Perdana University has been ranked as one of the world’s most cited scientists.

A study conducted by scientists at Stanford University looked at several citation indicators, which provides a general guide to the impact of research conducted by individual scientists. The study analysed data from 1996 through 2019, covering about 7 million scientists in 22 major fields, such as agricultural, economics, and virology.

Professor Swami is perhaps best known for his research on body image, especially his work examining body image in different cultural settings. His study examining body dissatisfaction in 26 countries has been cited by researchers almost 600 times. Swami has also conducted research on physical attractiveness, mental health, and belief in conspiracy theories. Much of his research is conducted in Malaysia, including a recent study examining the impact of nature exposure on body image.

At Perdana University, Professor Swami is Director of the Centre for Psychological Medicine (PU-CPM), a joint research centre established in collaboration with Anglia Ruskin University. PU-CPM has led a number of important research projects, including studies examining the impact of nature on body image and developing guidelines for the translation and use of body image instruments in new cultural groups. In 2020, the centre was involved in the Breast Size Satisfaction Survey, a study led by Professor Swami examining women’s breast size dissatisfaction in 40 countries.