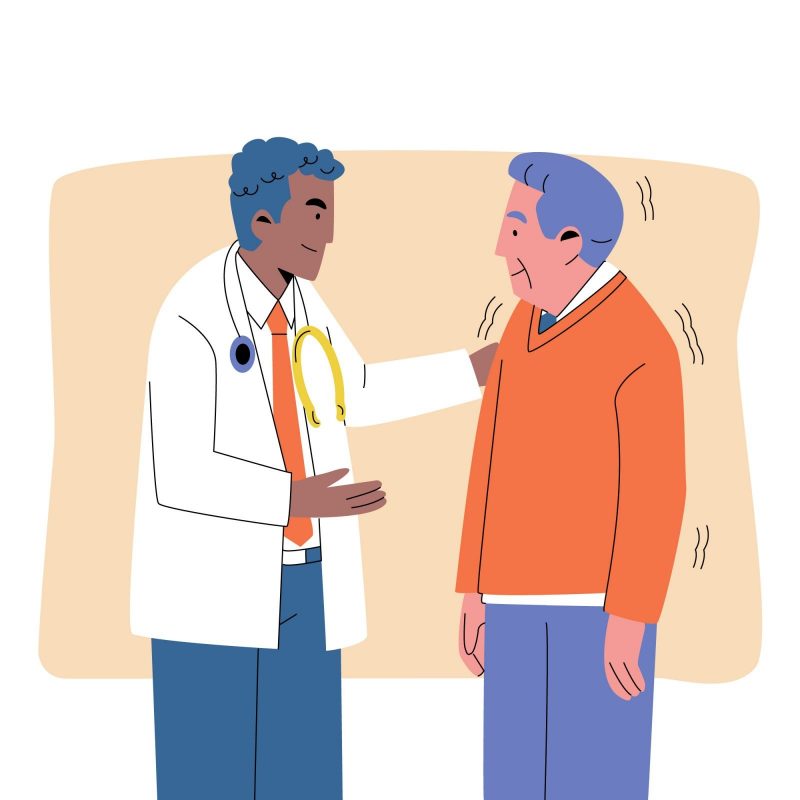 The article below appeared in the March 13  issue of Health with Perdana, a regular column in The Star by Perdana University faculty members. This week’s article is contributed by Dr Vishnumukkala Thirupathirao, a lecturer in Anatomy, Assoc. Prof. Dr Venkatesh R. Naik, an academic lead in Pathology at the Perdana University-Royal College of Surgeons in Ireland and Assoc. Prof. Dr Mohamad Aris Mohd Moklas, a lecturer in Anatomy at Universiti Putra Malaysia.

A simple smile can express love, affection and care for others better than any language on earth.

It shows happiness, promotes long life and is a free therapy for many diseases.

However, the ability to smile can slowly decline in some people.

It may even come to a stage where they can’t smile at all as they can only exhibit a “mask-like” face.

This is what happens in Parkinson’s disease, a progressive neurodegenerative disorder.

This disorder is brought about by a decline in the number of neurons in a part of the mid-brain region called the substantia nigra.

The decrease in neuron number results in a decrease in dopamine production, which causes all the signs and symptoms seen in Parkinson’s disease.

This disease is named after English surgeon Dr James Parkinson, who recognised the characteristic features of the condition in 1817.

It was initially called shaking palsy because of the tremors these patients exhibit.

However, thorough pathologic analysis of Parkinson’s disease and clear delineation of the brain stem lesions was only performed in 1953.

Parkinson’s disease can be categorised as early-onset (young-onset) and late-onset (sporadic).

Early-onset Parkinson’s disease, which comprises roughly 10% of cases, occurs in those aged between 21 to 50 years old.

The leading cause for this type of Parkinson’s is genetic.

Late-onset Parkinson’s disease is the more common type that usually develops after 60 years of age.

The cause is multifactorial, with increasing age being one of the primary causes.

Genetic and environmental factors, such as pesticides, may also be involved.

Other risk factors include:

This disease has a myriad of symptoms, which include:

There are five stages to Parkinson’s disease.

In stage I, the symptoms are typically very mild and do not disturb daily living activities.

The patient might have slight difficulty in walking and changes in their facial expressions.

In the second stage, the patient might have more difficulty in walking, sitting and standing.

There is further reduced facial expression, compared to stage I.

However, the patient can still look after themselves.

In the next stage, the patient starts to exhibit slowness of movement, and is unable to sit and stand properly.

Daily living activities such as brushing, bathing, dressing and eating, are disturbed.

Independent daily living becomes almost impossible at stage IV due to the patient’s limitations in performing daily activities such as eating, bathing, dressing, sleeping and waking.

In the final stage, the patient becomes bedridden and needs a wheelchair to move around.

All daily living activities are impaired and complete loss of facial expression occurs.

It can progress at different speeds and times, and patients can experience some symptoms, but not others.

Treatment is possible with levodopa, which is a precursor of dopamine, and a variety of other drugs.

Along with drugs, consuming a healthy, balanced diet and doing regular exercise – and in the advanced stages, physiotherapy – are known to slow down the progression of the disease and help alleviate its signs and symptoms.

It is the second most common neurodegenerative disorder after Alzheimer’s disease.

As the incidence of Parkinson’s rises with age and with people living longer, the frequency of Parkinson’s is set to increase dramatically in the future.

It is estimated that there may be nearly 13 million people with Parkinson’s by 2040.

Research has shown that regular aerobic exercise and caffeine, which is found in coffee, tea and cola, might reduce the risk of Parkinson’s.

Green tea is also associated with a reduced risk of developing the disease.

Apart from medication and therapy, a patient with Parkinson’s disease requires social and family support, as it can eventually lead to being bedridden.

The condition of the patient can vary from day to day.

Caregivers help support the patient by assisting with personal care and activities of daily living (e.g. brushing teeth, bathing, dressing, feeding and administering medications), transportation and mobility assistance (e.g. getting in and out of bed), as well as providing social and emotional support.

By doing these things, it will hopefully be a less stressful situation for both patient and caregiver.

Here are some things both patients and their families can do to improve the patient’s quality of living and to help avoid accidents.

Walk slowly with a straight posture and legs further apart.

Taking big steps helps to keep the length of the steps more normal.

Use a four-prong cane or a walker if needed.

If stuck or frozen in one place, rock gently from side to side, or pretend to step over an object on the floor.

Place tape strips on the floor to help navigate through the house.

Remove any rugs and furniture from these walking paths.

Stand up from a chair or bed slowly to avoid feeling dizzy or lightheaded.

> When using the bathroom:

Install grab bars on the walls, beside toilets, and inside showers and bathtubs, to help the patient stand up.

Use a chair while showering or bathing.

Install an elevated toilet seat to make standing up easier after using the toilet.

Shave with an electric razor.

Wear simple dresses or pants with elastic waistbands, such as sweatpants.

> When eating or drinking:

Use a cup with a large handle to make it easier to hold.

Use a bowl instead of a plate to limit spills and to make it easier to scoop up food.

Make sure halls, stairways and entrances are well-lit.

Install a night light in hallways and at staircases.

Lamps or light switches in the bedroom should be within reach of the bed.

With these measures, and with the help of caregivers and medications, it is possible to have a reasonably good quality of life for people with Parkinson’s disease.