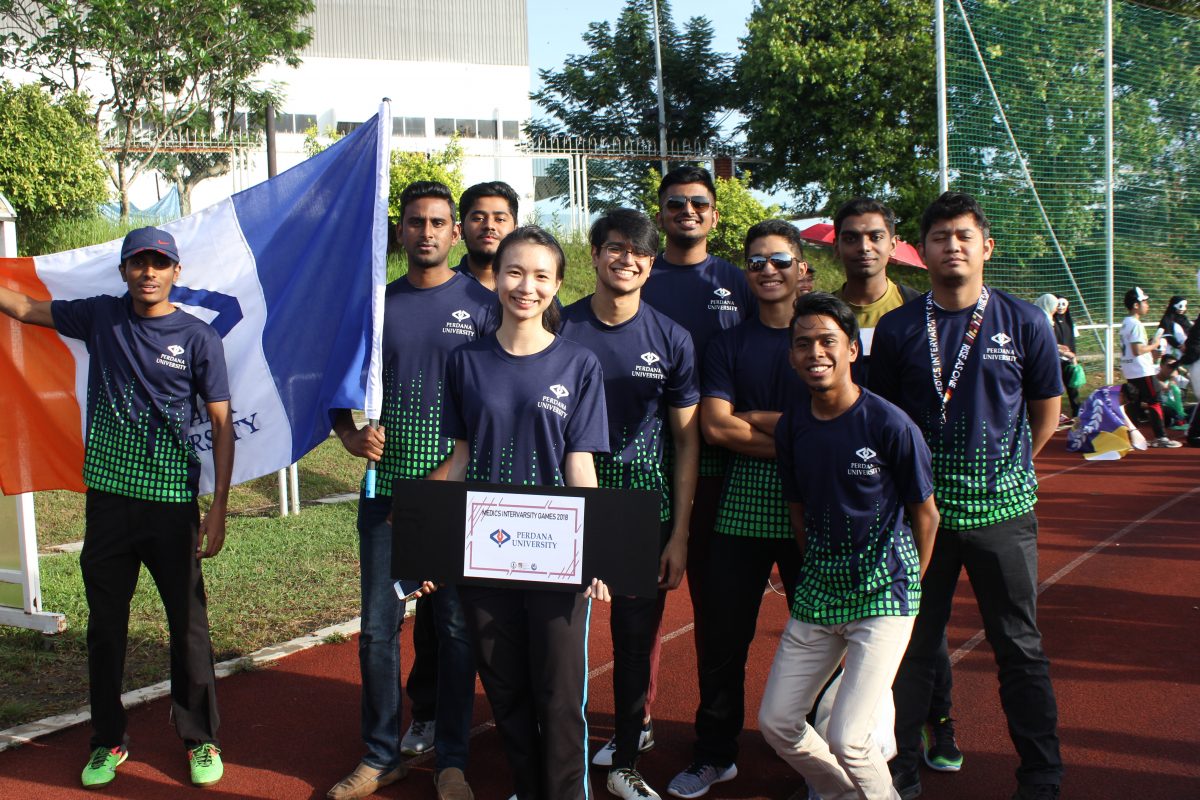 This article is contributed by Alicia Ong Su May (PU-RCSI).

Earlier this month, 11 PURCSI students including recent graduates participated in the Medics Intervarsity Games (MIVG) 2018 which was held at Panasonic Stadium Shah Alam. MIVG is an annual sports event organized by Asian Medical Students’ Association (AMSA) Malaysia whereby medical students from local universities meet and compete in various sports and games. This year marks the 10th year of MIVG and it was hosted by Universiti Kebangsaan Malaysia (UKM). The opening ceremony started off with the contingent parade of every university. PURCSI contingent was led by the Contingent Leader, Alicia Ong Su May. The dean of Faculty of Medicine UKM, Prof. Dr. Zaleha Abdullah Mahdy, launched the games with a stirring opening speech at the opening ceremony. Then, all the contingent leaders stepped forward to lead the swearing of the sportsmanship oath. After the opening ceremony, a large photography session was taken before the participants dispersed to their respective venues for their games. 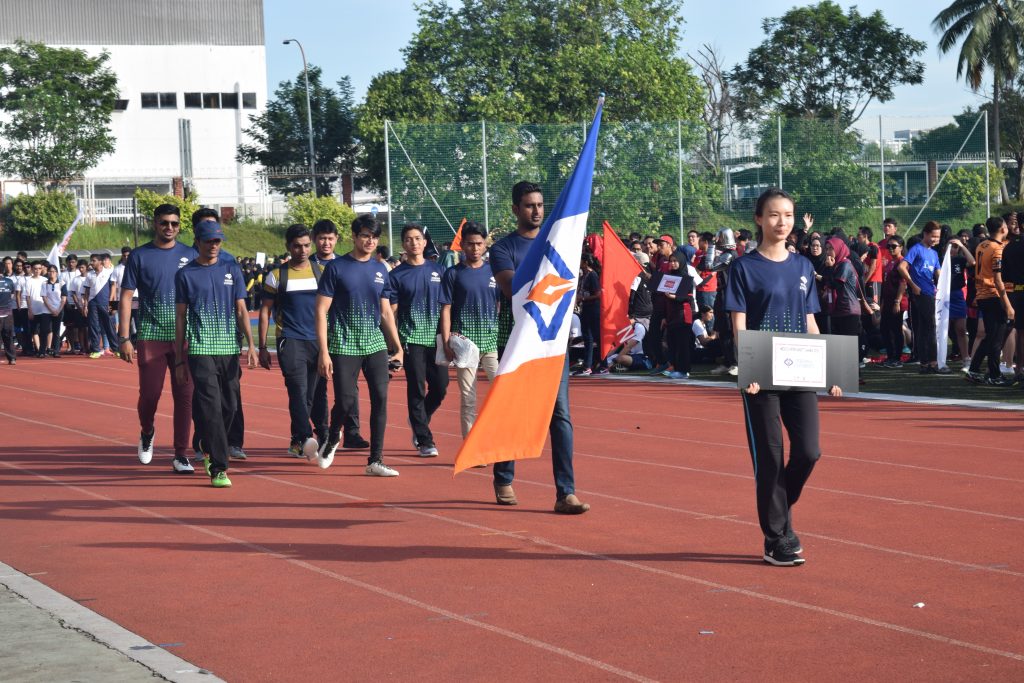 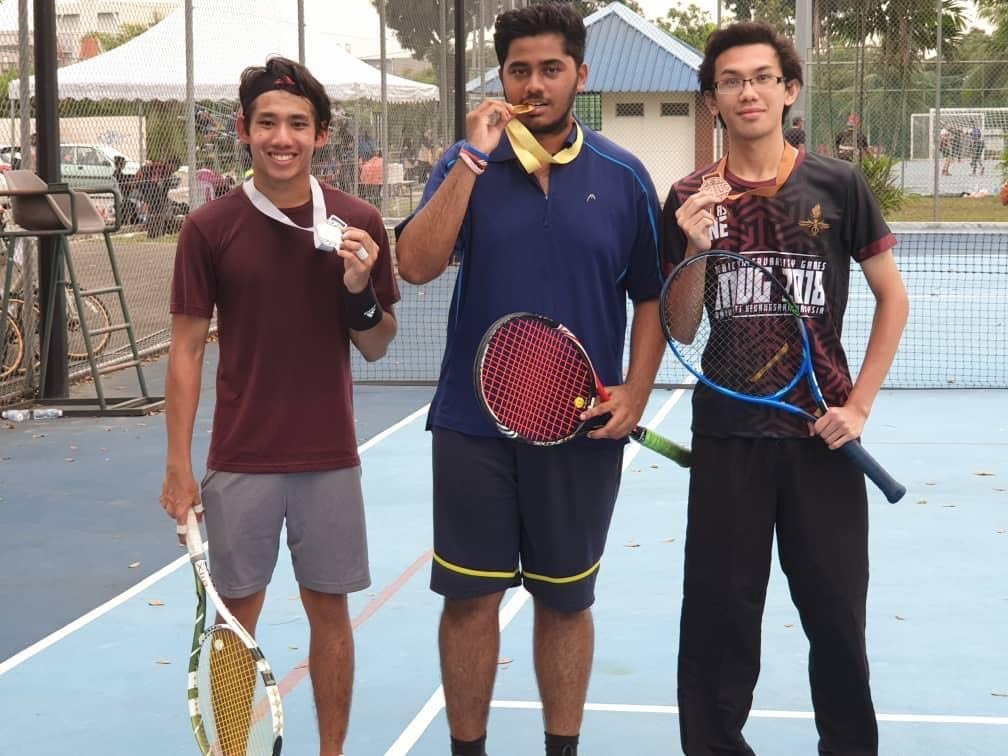 Raveen (centre) after winning the gold medal in tennis, with the silver and bronze medallists. 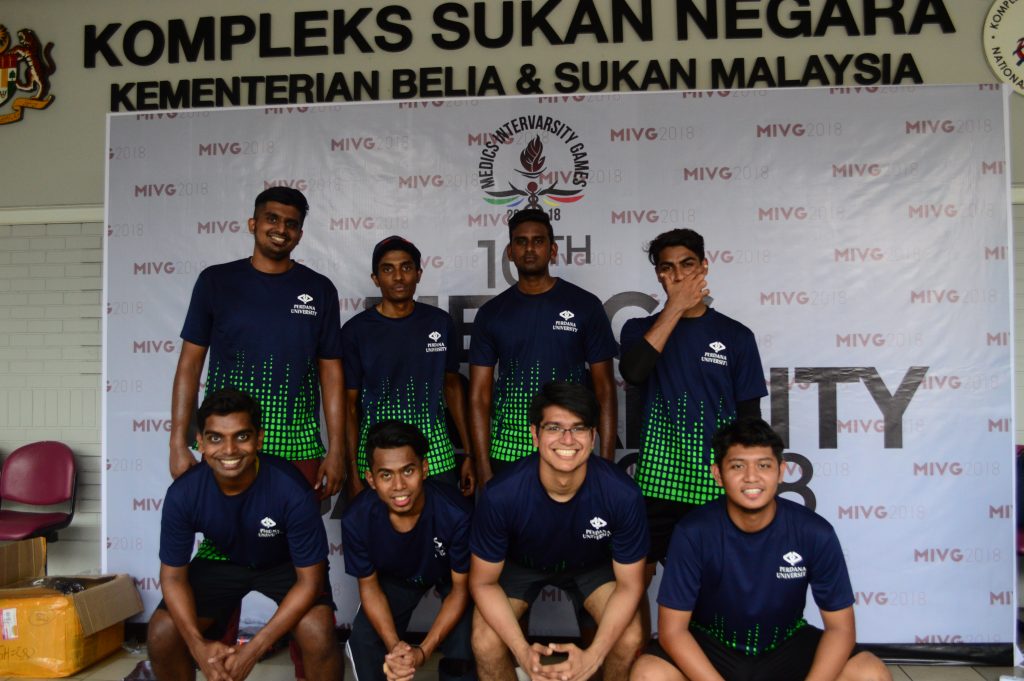 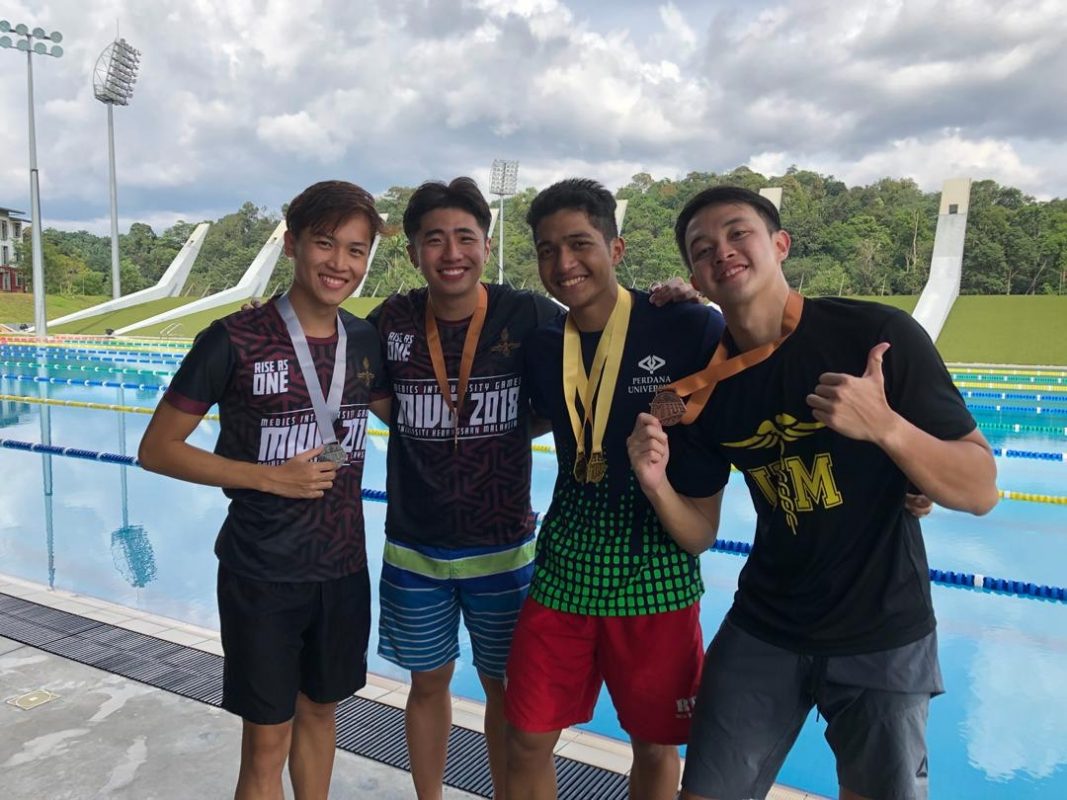 Afiq (second from right) with the silver and bronze medallists from the swimming event.