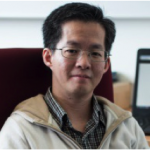 A biochemist by trade but because of necessity and interest, Dr Lu has ventured into the fields of microbial bioinformatics and later animal and human genomics/bioinformatics nearly two decades ago. In addition to his background in molecular aspects of pathogen-host interaction, Dr Lu’s expertise in bioinformatics focuses mainly on the analysis of big genomic data, such as whole genome mapping and assembly for disease variant discovery. He was a research fellow in Bioinformatics and a permanent Biocomputing Support at the Roslin Institute, University of Edinburgh, UK for about 10 years before moving to Universiti Brunei Darussalam (UBD) in mid-2015. He is currently a Senior Assistant Professor in Genomics & Bioinformatics at both the Institute of Health Sciences (IHS) and the recently formed Institute of Applied Data Analytics, UBD. He is also serving as the Programme Leader for Graduate Studies at IHS and Head of Bioinformatics at the UBD Biomedical Genomics Core Laboratory. His research now is focusing on medical genomics, particularly that related to population and disease (cancer, rare genetic diseases and pharmacogenomics) genomics.