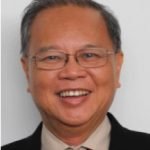 Prof. K.C. Lun is Chief Executive Officer of Gateway Consulting which he set up in October 2006 after retiring from a rewarding career in academia that spanned over 31 years. He also held the appointment of Professorial Fellow (Health Informatics) in the Department of Information Systems, School of Computing at the National University of Singapore from 2010 until his retirement from NUS on 31 December 2014.

His long and rewarding career in academia started in 1975 when he joined the then Dept of Social Medicine and Public Health (SMPH), National University of Singapore immediately upon his return from UK with a Ph.D. in Biometrical Genetics from the University of Birmingham under a Royal Commission for the Exhibition of 1851 Science Research Scholarship. During his 26 years with the NUS Faculty of Medicine, he held appointments as Associate Professor, Dept of Community, Occupational and Family Medicine (formerly SMPH and now the Saw Swee Hock School of Public Health) from 1975 to 2001, Director of the NUS Medical Informatics Program (MIP) from 1996-2001 and Director of the 6th World Health Organization Collaborating Centre for Health Informatics @ NUS from 1990-2001. The MIP was jointly funded by the National Science and Technology Board (now A*STAR) and the Ministry of Education as a strategic research program to conduct upstream, basic research and to build core capability in medical informatics. At NUS, Prof. K.C. Lun also taught biostatistics and medical computing to medical undergraduates and postgraduates (since 1976) and pioneered the use of computer-based approach to biostatistics teaching and problem-solving at the medical school (since 1982). In recognition of his efforts in promoting the use of IT in the teaching of biostatistics and the promotion of IT in medical education, Prof. K.C. Lun was presented with the inaugural NUS Teaching Excellence Award for ‘Use of IT in Teaching’ in October 1998.

In 2001, Prof. K.C. Lun joined Nanyang Technological University (NTU) to help set up the NTU School of Biological Sciences, serving as its founding Vice-Dean (Academic) and Professor from 2001 to 2005. At NTU, he had also briefly served as Dean of Admissions in 2005.

Internationally, Prof. K.C. Lun served as President of the International Medical Informatics Association (IMIA) from 2001-4 and Founding President of the Asia Pacific Association for Medical Informatics (APAMI) from 1994-7. He has made numerous contributions to the work of WHO, IMIA, IDRC, UNDP and several other international agencies as temporary advisor/consultant, mainly in the area of biostatistics and health informatics. In 1997, under a research contract from the World Health Organization, he helped the organization develop a software called WINSSIZE for their field manual “Determination of Sample Size in Health Studies”. Running on MS Windows, the app was downloaded by over 600 individuals from universities and research institutions worldwide, including the Centers for Disease Control and Prevention (CDC). Prof. K.C. Lun was also the creator of the ‘Cyberspace Hospital’, the first virtual hospital on the World Wide Web, which was launched in May 1995 and accessed by over 120 countries worldwide. The virtual hospital was later replaced by ‘Health ONE’, a multilingual, multimedia health information resource funded by the National Computer Board of Singapore for implementation on the nationwide Singapore ONE network. For its pioneering work in the development of a multilingual, multimedia health portal on the Internet, ‘Health ONE’ won first prize in the scientific poster competition of INET ’98, an international conference on the Internet held in Geneva, Switzerland in 1998 and organized by the Internet Society.

For his achievements and efforts in promoting Singapore through his international activities in medical informatics, Prof. K.C. Lun won the Singapore Internationale award presented by the Singapore International Foundation (SIF) in March 2001. On 2 August 2002, Prof. K.C. Lun was one of the 5 recipients, selected from among 51 nominees, of the prestigious “Excellence for Singapore Award”. The “Excellence for Singapore Award” was to “recognize and honour individuals, groups of individuals, or organizations that bring credit to Singapore by being among the best in their areas of activity in Asia or in the World” (award citation).

On 22 August 2017, Prof. K.C. Lun was conferred the IMIA François Grémy Award of Excellence by the International Medical Informatics Association. The award is the highest international recognition for health informatics, a discipline that deals with the use of info-communications technology in healthcare, including the use of electronic medical records, hospital information systems and telemedicine. The IMIA François Grémy Award of Excellence was established by the International Medical Informatics Association in 2004 to honour “an individual whose personal commitment and dedication to medical informatics has made a lasting contribution to medicine and healthcare through her or his achievements in research, education, development or application in the field of medical informatics”. Prof. K.C. Lun was invited to receive the award at the award ceremony at the World Congress of Health and Medical Informatics (MEDINFO) in Hangzhou. He was the first Asian to receive the award since it was first presented in 2004. It was also significant that 2017 marked the 50th Anniversary of the founding of the International Medical Informatics Association.

PLENARY
The Strategic Importance of a Data-Driven Culture with special reference to Healthcare Institutions
Wednesday, November 27  | 9.45am – 10.15am
Auditorium 2