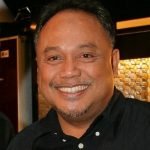 Suhaimi Napis received his BSc (Biology) and MSc (Veterinary Immunobiology) from Iowa State University, Ames, Iowa, USA. He holds a Doctorate degree from the University of Durham, UK in the field of Plant Molecular Biology. He co-founded SIFULAN (Secure Identity Federation on Unified Lightweight Access Management) a Malaysia’s Authentication and Authorization Infrastructure Trust Framework in April 2014 with the help of GAKUNIN Japanese Academic Access Federation and SIFULAN. He was appointed as member of APAN Task Force Committee for Identity and Access Management headed by Australian Access Federation. In July 2018, SIFULAN became the 57th member of eduGAIN under Research and Education Federation of GEANT European Research Network. He was member the joint-committee on the formation of Malaysian Research and Education Network (MYREN) in early 2000, actively involved in its activities and appointed as the Technical Advisory Committee member to give advise on the future strategic direction. He co founded Asia Open Access (AsiaOA) based in Göttingen State and University Library, Germany to promote global knowledge commons based on open access and open science. He is also involved with another network organization called Asia Pacific Advanced Network (APAN) ever since its formation over 20 years ago in 1997. He is Program Committee Member (2010-present) and just been re-elected for the second term as APAN Board of Director (August 2017- present). His other notable appointments are:

His current endeavour includes identity and access management as well as open science and research data management and discovery. Now, he lectures at the Department of Cell and Molecular Biology, Faculty of Biotechnology and Biomolecular Sciences in the subjects of Cellular and Molecular Biology, Bioinformatics, and Commercialization of Biotechnology.

Open access, and more broadly open science, is a global trend that promises to advance discovery, accelerate innovation and improve education. In order to support open science, governments, universities and other stakeholders must adopt policies, develop services and change their practices around sharing research outputs. The Asian region, in all its diversity, has a strong and expanding position in the international scientific community. This is also reflected in the realm of open science as countries and institutions in Asia implement policies and services to support greater openness. The role of institutional memory of an organization especially institutions of higher learnings and research institutes is undeniably important. Scholarly outputs have long been the focus of many stakeholders as a measure of research performance. However, in recent years there has been a shift in thinking to include research data both structured and unstructured or raw and it is now timely that efforts towards acquiring such data should be initiated as part of Data Management Plan of any research organization. Scholarly output and research data are important, among others, to ensure greater benefits in sharing data, comply to policies both institutional or publication greater visibility as well as long-term preservation for transparency, accountability and integrity. The talk will discuss the role of institutional repository, research data management, and the discovery platform according to the FAIR (Findable, Accessible, Interoperable and Reusable) principles while upholding the spirit of As Open As Possible and As Closed As Necessary.