Are animals friends or foes? 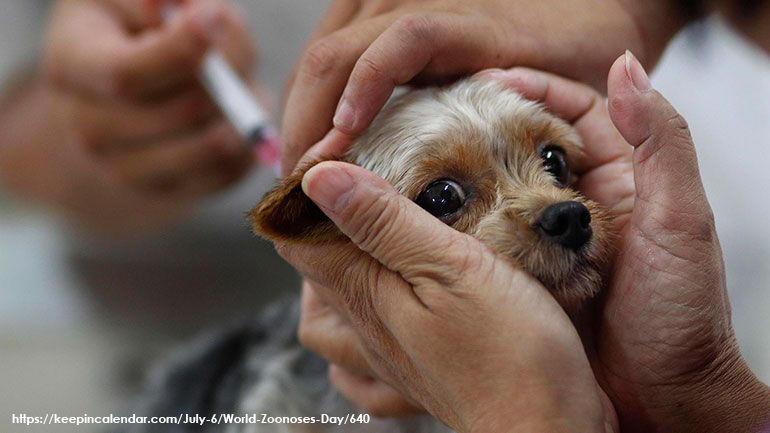 The article below appeared in the July 21st  issue of Health with Perdana, a regular column in The Star by Perdana University faculty members. This week’s article is contributed by Dr. Mohammad Nazmul Hasan Maziz, Lecturer in Microbiology at the Perdana University Graduate School of Medicine (PUGSOM).

Animals are integral part of the nature. As we all know that there are many animals surrounding us, how many of us really consider them as friends? Animals help humans in many ways: Animals help fertilize plants; they are part of the food chain and keep ecosystems in balance; they serve as companion animals like helping reduce depression, loneliness etc. Do we know that even the good animals can be harmful to us? We all know the beneficiary effects of the animals but in this article, we can see a highlight on the hidden harmful effects of animals on humans that we should be aware of.

Zoonoses are infectious diseases in animals caused by bacteria, viruses and parasites which are transmitted to human by direct contact with infected animals or their products or through any vector (insects, mosquitoes etc.). The natural reservoir for these infectious agents are animals. These infectious diseases normally affect animals, but can be transmitted to humans. Certain individuals may be at greater risk for contracting zoonoses. These include people with occupational exposure, such as veterinarians, farmers and slaughterhouse workers or individuals who participate in outdoor recreational activities, such as hunters.

There are a number of different types of microbial agents that cause zoonotic diseases and various ways humans can become infected with these agents. These may best be explained by a few examples. We can look at some common zoonoses like:  Rabies, Brucellosis, Plague, Lyme disease, Relapsing fever, Cat scratch disease, Leptospirosis, Pasteurellosis, Rat bite fever, Scrub typhus, Yellow fever, Ebola and Toxoplasmosis.

Factors involved in increase of zoonosis

There has been a disturbing trend of reemergence of previously recognized zoonoses that were believed to be under control. This has been coupled with the emergence of new zoonotic diseases. Numerous factors may account for this, including:

The best defense against contracting zoonoses is education. People should be aware of the respective zoonoses that may be circulating in their environment and the times of year of greatest risk for contracting these zoonoses. This type of information is generally available from public health departments and veterinarians, and can also be found on the Internet. Vaccines are available for the general public for a small number of zoonoses, such as Japanese encephalitis and yellow fever, and on a limited basis for individuals perceived to be at occupational or recreational risk. In addition, chemoprophylactic regimens such as antimalarial drugs are recommended for travelers to high disease-risk areas. The risk of contracting vector-borne diseases can be reduced by avoidance of areas infested by arthropods, use of insect repellents, and appropriate clothing (the less skin exposed the better). Occasionally it is possible to reduce zoonotic disease risks by decreasing the abundance of certain reservoir hosts such as rodents. Individuals should also not drink untreated water or unpasteurized milk. Areas containing potentially contaminated animal material such as rodent excreta should be cleaned using appropriate disinfectants. Patients with diseases such as Ebola virus should be kept in strict isolation. Diseases such as leptospirosis may be contracted by handling infected animal tissue, so trappers should use gloves when handling dead animals. We should increase our personal hygiene and wash hands after handling animals. Domestic pets should be vaccinated and kept clean at all time.  We should avoid contact with wild animals. Children should not be allowed to play with animals an if bitten by animals with unknown vaccine status, child should receive post-exposure medications.

The human-animal bond is a mutually beneficial. Although animals are a source of many diseases, but due to their huge beneficial roles, animals should be considered as Friends, not Enemies!!!