A Year in Perdana 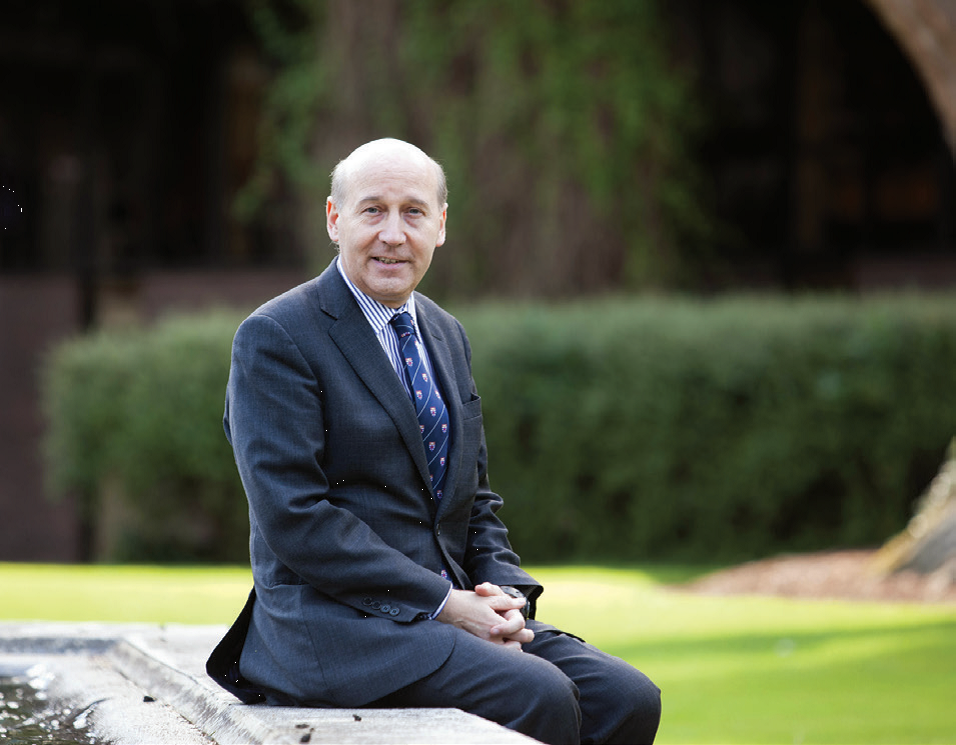 Prof. Michael Larvin, the Dean of PU-RCSI School of Medicine, talked about his experience living and working in Malaysia in an interview with Surgeons Scope. Prof. Raghu Varadarajan and Prof. John Price were also featured in the accompanying Postcards from Perdana. The article can be found in the most recent edition of Surgeons Scope, accessible here: http://www.rcsi.ie/files/about-us/20180725050602_SurgeonsScope.pdf

Of course, living here takes a little getting used to,” says Professor Michael Larvin of Kuala Lumpur where he is coming to the end of his first year as Dean of the Perdana University-RCSI School of Medicine, “but we pinch ourselves every day. In addition to having a challenging, interesting and rewarding role, the wonderful lifestyle offers a real bonus. It’s summer all year round, Malaysian people are very welcoming, and food comes in an amazing variety.” The cost of living and taxation are lower than in Ireland. He would urge colleagues in Ireland to be open to overseas opportunities with RCSI. “It’s well worth a visit to take a proper look, to appreciate the great set-up and support from RCSI and to be sure that you could accomplish something worthwhile.”

Professor Larvin is no stranger to an expat life. Descended from Irish heritage, he was raised in the UK and trained there and in the US, Sweden and Germany. In 2012, he left his position as Foundation Professor of Surgery at the Graduate Entry Medical School at the University of Nottingham to take up the role of Head of Graduate Entry Medicine at University of Limerick. “In a sense, that was the bigger move for us as a family,” says Professor Larvin, whose youngest daughter was still at school. With characteristic enthusiasm, he and his wife immersed themselves in Limerick life, even attending Irish classes. “Looking back, learning basic Irish was difficult compared to learning Malay whose pronunciation and structure is simple and mistakes are readily forgiven.” Embracing a new culture is one thing, acclimatising to equatorial rainforest weather patterns another: “The daily afternoon showers are more intense than gentle Irish rainfall, although mercifully brief. The high humidity can be a greater challenge than the warmth, but you adjust quickly, wearing linen and knowing your destination (and car) will be air-conditioned.” 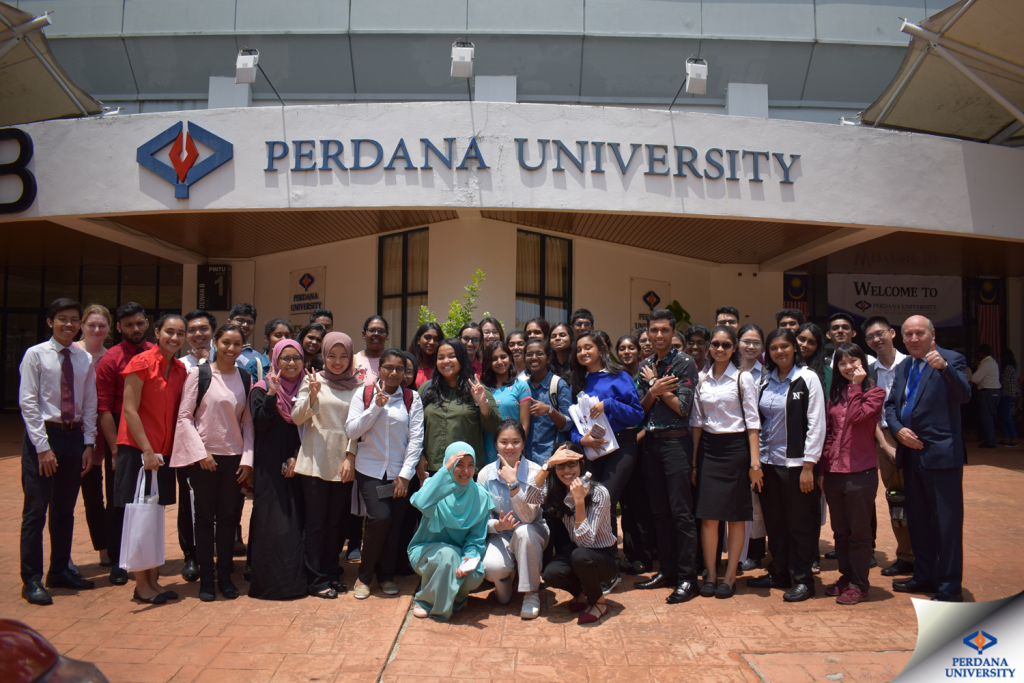 With the most recent cohort of PU-RCSI medical students on their registration day, 12th September 2018.

Choosing to live in central Kuala Lumpur (or KL as it’s popularly known), rather than closer to campus, was a conscious decision. A former colonial city, KL’s mix of preserved historical buildings and modern skyscapers is extremely attractive. Professor Larvin and his wife Keyna live in a 64-storey apartment block in the heart of the city, a great attraction for the couple’s five children and friends who visit often. As KL is the headquarters of Air Asia, it’s also a great jumping-off point for further travel. The apartment is only a 25-minute drive to campus where, since 2011, RCSI through its partnership with Perdana University (PU), licenses the same five-year undergraduate medical programme as delivered at its Dublin and Bahrain campuses. For clinical teaching, Hospital KL, the largest teaching hospital in SE Asia with 2,300 beds is just three stops from home on the iconic air-conditioned KL Monorail.

The programme is fully accredited by both the Irish and Malaysian Medical Councils. Professor Larvin is enthusiastic about driving its expansion. “The programme has 250 students, of which the first full-cycle cohort graduated in September 2016 with degrees awarded by RCSI and the National University of Ireland,” he says.

RCSI’s international experience has led to a truly global programme which is highly innovative in the Malaysian context. The aim is to produce patient-focused doctors and the talented leaders needed to transform Malaysian healthcare.

The programme is led mainly by Irish academic leads and delivered with Malaysian and international faculty teams and clinical adjunct staff. It closely matches the RCSI Dublin and Bahrain programmes, with joint examinations that are time synchronised and so held mainly in the early evening. “We liaise daily with Julie Creedon in the Programme Office in Dublin. Julie also visits campus several times each year along with the senior RCSI leadership team who are readily available for advice and support. RCSI’s international experience has led to a truly global programme which is highly innovative in the Malaysian context. The aim is to produce patient-focused doctors and the talented leaders needed to transform Malaysian healthcare.”

There are alumni of RCSI in positions of leadership all over the globe and Malaysia is no different. The Deputy Prime Minister, Dato’ Seri Dr Wan Azizah binti Wan Ismail, the first female holder of the post, happens to be an RCSI graduate and gold medallist, appointed in May after Pakatan Harapan, the main opposition coalition in the Malaysian Parliament, won the majority of seats in the Dewan Rakyat, Malaysia’s lower house of parliament. This marked a historic defeat for the ruling Barisan Nasional coalition which has governed Malaysia since independence in 1957. “This represents a real change in direction,” says Professor Larvin. “This was a truly massive political changeover after 61 years, accomplished quietly without demonstrations, riots or any big fuss and a real affirmation of the power of democracy.”

The role of Dean is a busy one, focused mainly on assisting academic leads to deliver the programme smoothly, and to recruit new staff. 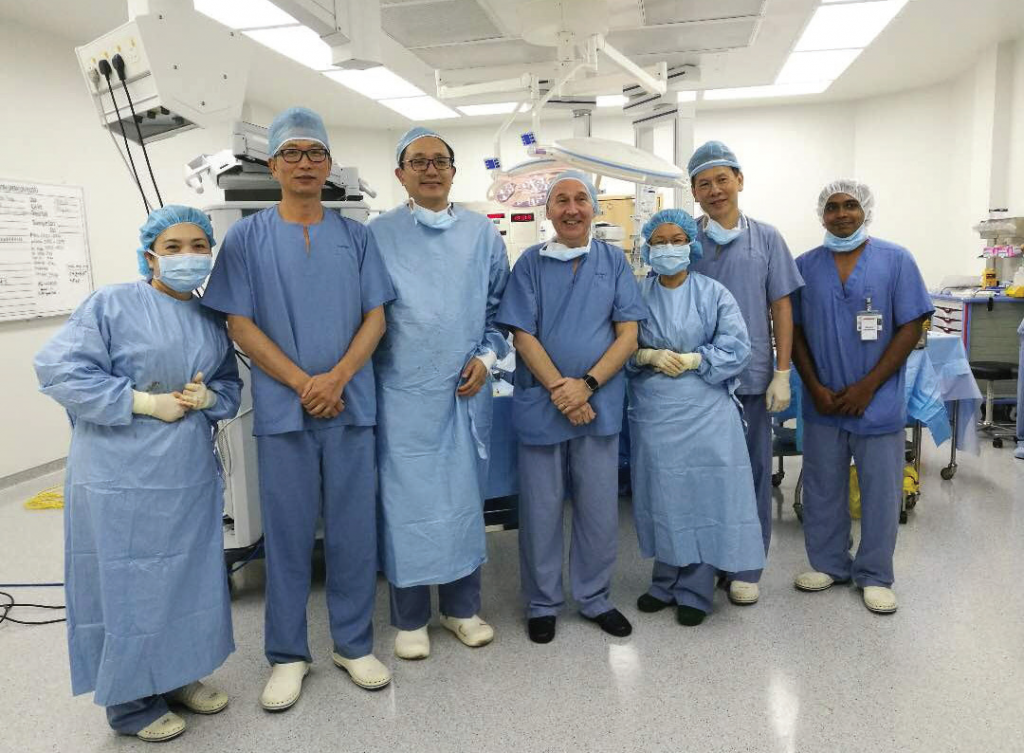 An experienced pancreatic surgeon and former President of the Pancreatic Society of Great Britain and Ireland, Professor Larvin was thrilled to have recently assisted a Malaysian former student and graduate with the country’s first totally robotic Pancreatoduodenectomy (Whipple’s Operation), the surgical equivalent of “precision or personalised medicine”. Professor Larvin acknowledges that despite such technical advances, most pancreatic cancer patients present with disease beyond surgical cure. He hopes that some of his students might be inspired one day to develop more effective treatments, which will likely yield from laboratory research into genetic and biological therapies and less invasive therapy.

He says that for medical students and trainees to be inspired, they should experience positive as well as negative patient outcomes. “It is extremely difficult for most young doctors to deal only with patients and families experiencing a bleak outlook. For that reason, I have always balanced my practice and research interests by including benign pancreatic and biliary disease as well as bariatric (obesity) surgery. That has allowed me keep a positive perspective.”

Professor Larvin was thrilled to have recently assisted a Malaysian former student and graduate with the country’s first totally robotic Pancreatoduodenectomy (Whipple’s Operation), the surgical equivalent of “precision or personalised medicine”.

Professor Larvin has always found teaching and training satisfying. “I also enjoy meeting with students, although often my role means that they are usually in need of help with academic or personal difficulties. I like getting out of the office and working ‘on the ground’ to try and improve the staff and student experience. Life is never boring here, occasionally a single day can involve visiting all of our main teaching sites: Hospital KL, Perdana University campus in Serdang and Hospital Tuanku Ja’afar Hospital in Seremban, some 60km south of KL.” He is building on the work of his predecessor Professor David Adams, who last year retired to his native Belfast, in increasing student recruitment. Professor Larvin attended an ‘Education Malaysia’ outreach visit in Qatar earlier this year, the first marketing event of its kind: “I welcome the chance to recruit more applicants as our programme matures. Although our focus here is firmly on the Malaysian intake, I believe strongly in the RCSI global view that the student experience is greatly enriched by peers from other countries and cultures. At present we have small numbers of international students from New Zealand, Singapore, Saudi Arabia, the USA and Canada, and we are now targeting Sri Lanka, India and Myanmar.”